Stories about the real Red Dog and his travels are many and varied, and as with all great legends, some of the stories have been enhanced in their telling and retelling over the years. 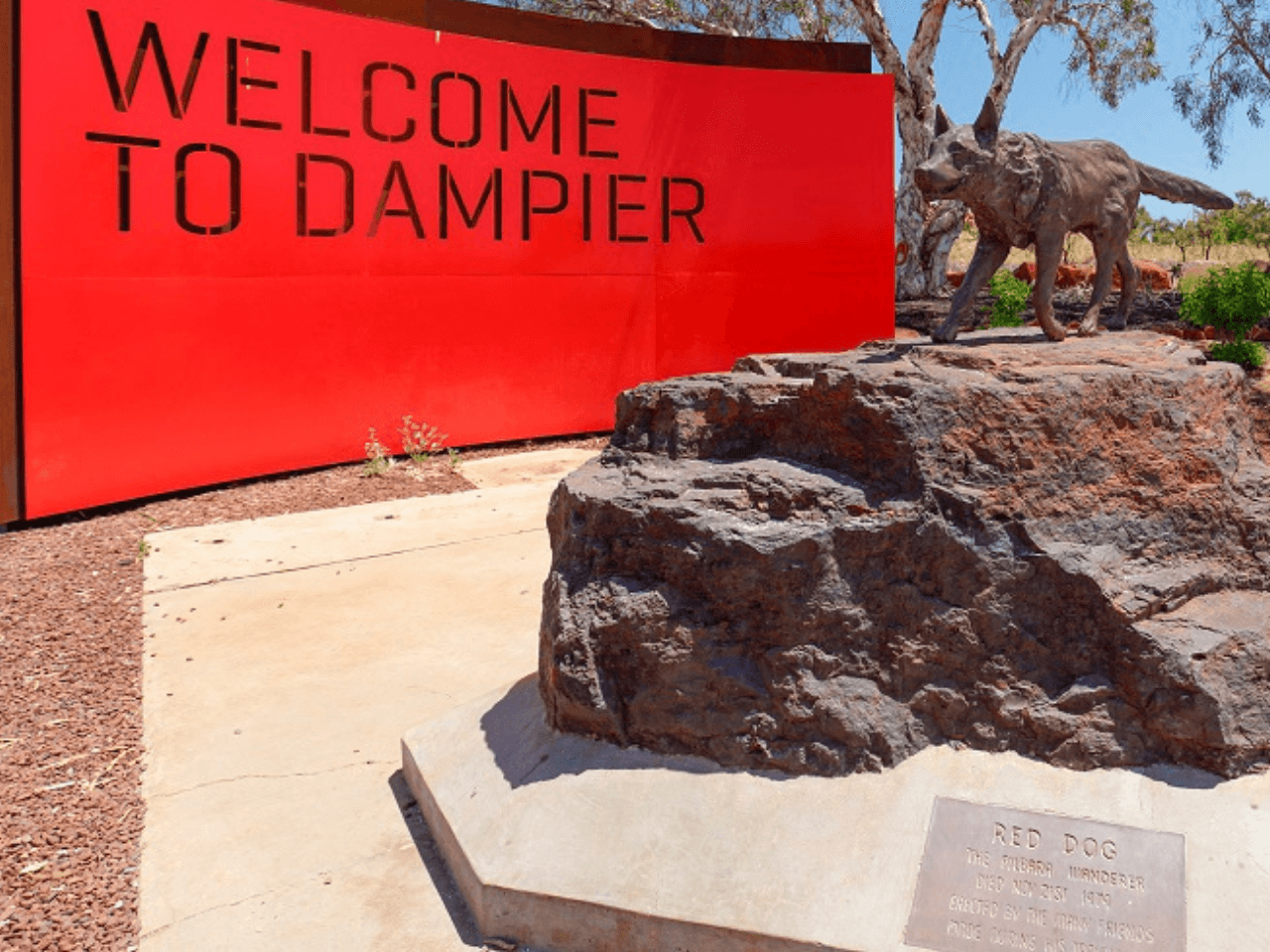 What’s known about Red Dog is that he was born in about 1971 in the Paraburdoo area, travelled thousands of kilometres by walking or hitching a lift in cars, buses, trucks and trains and was loved by the many friends he made during his travels.

As a young dog known as Tally Ho, he travelled to Dampier with his human companion Col Cummins and soon became a fixture at the Dampier Salt Co and at Hamersley Iron, travelling on the company buses. Red Dog was a chocolate colour, sometimes called red. It’s said that his most well-known name came about from being covered in the famous fine red dirt of the Pilbara, but those who knew him best say he was most often called Tally, Blue or Bluey.

A WA man named John Stazzonelli was Red Dog’s next and last true master and after Stazzonelli's tragic death, Red Dog took to wandering the Pilbara. Red Dog’s many friends looked after him during this time, including the Karratha vet, Dr Rick Fenny. With a bank account and fully paid-up memberships in the Dampier Sports and Social Club, Metal Trades Union and the Transport Workers Union, Red Dog was no ordinary dog.

Pick up a copy of the Red Dog Trail from the Karratha Visitor Centre or download a copy here. 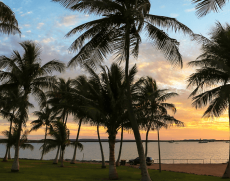 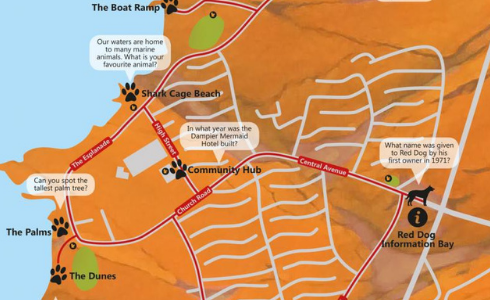